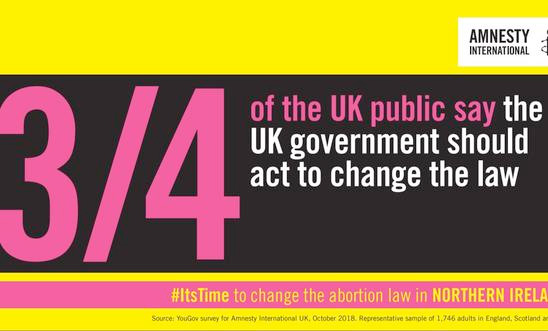 Amnesty International commissioned questions on the monthly Cognisense Omnibus survey to conduct an opinion poll in relation to the decriminalisation of abortion and law reform for Northern Ireland. The opinion poll results have been reported on by a variety of sources including Sky News, CNN, The Times, The Newsletter, The Evening Standard, The Irish Times and The Irish Mirror.

To find out more about the Cognisense Omnibus, which surveys a representative sample of the Northern Ireland population, email theteam@cognisense-uk.com